Yes... I am in Australia, and I have the most comprehensive archive known, of information and images for the Annual Transformers Convention endorsed and supported by Hasbro and Takara, that began in 1994 as "BotCon", and has gone through several Organisors (Hartmans, Raksha, Men In Black, Fumihiko Akiyama, 3H Productions, 3H Enterprises, Fun Publications), and several Names (BotCon, BotCon Japan, BotCon Europe, Official BotCon, Official Convention).

As for Milestones - 2013 was the 20th year of BotCon conventions, and July 16th, 2014 was the 20th birthday of BotCon.
Meanwhile, BotCon 2015 was my 15th BotCon, and 16th of the Annual Transformers Conventions recognised/supported by Hasbro.  Even though I am not the most frequent attendee (there were still seven people who had a perfect attendance in 2014), I think I'm the most travelled BotCon attendee (in terms of miles/kilometers), with about 436,298km (271,100 miles) travelled up until BotCon 2015.

From that large number of Global adventures of mine, you can probably tell that I'm a big fan of the Annual Transformers Convention.  So when I first started this Archive of mine around 2009, BotCon was still the iconic, "must-attend" covnention by Transformers fans from all around the world, so the original intention was to archive each event, from my own and others experience, for the benefit of those who attended (to remember the event), and those who haven't attended (to inspire them to attend).
But with the downturn in its popularity since then (due to reasons that won't be mentioned here as this is meant to be a positive reminder of the concept), I have now more recently just kept doing this archive quietly for myself... and for anyone else who still loves the convention as much as I do (I am still a huge fan of BotCon).

This archive can still act as a long-term resource for all fans, of the stats and official information over the years, as I have documented most of the various events and the various guests who have attended.  The Archive also lists the various Voice Actors that are yet to attend, which should be a priority of future BotCons (or other conventions), before more of our beloved characters' voices are lost from their passing.

Most images and info are mine, but some things I didn't personally obtain because I haven't been to all of the Conventions in this Archive.  Some things have been donated, while others were found online.  Anything that isn't mine will be noted, and if a source of that item is known it will also be noted.  Plus, there is a complete list of sources at the bottom of this first page, along with my contact details if you have something that needs crediting, removal, or submitted for the archive.

NOTE - this is an ongoing work in progress, so pages are being added all the time.  Some of the older pages are still yet to be done because my reports before 2007 were done in a different format, so they will take time to re-work into the current format. 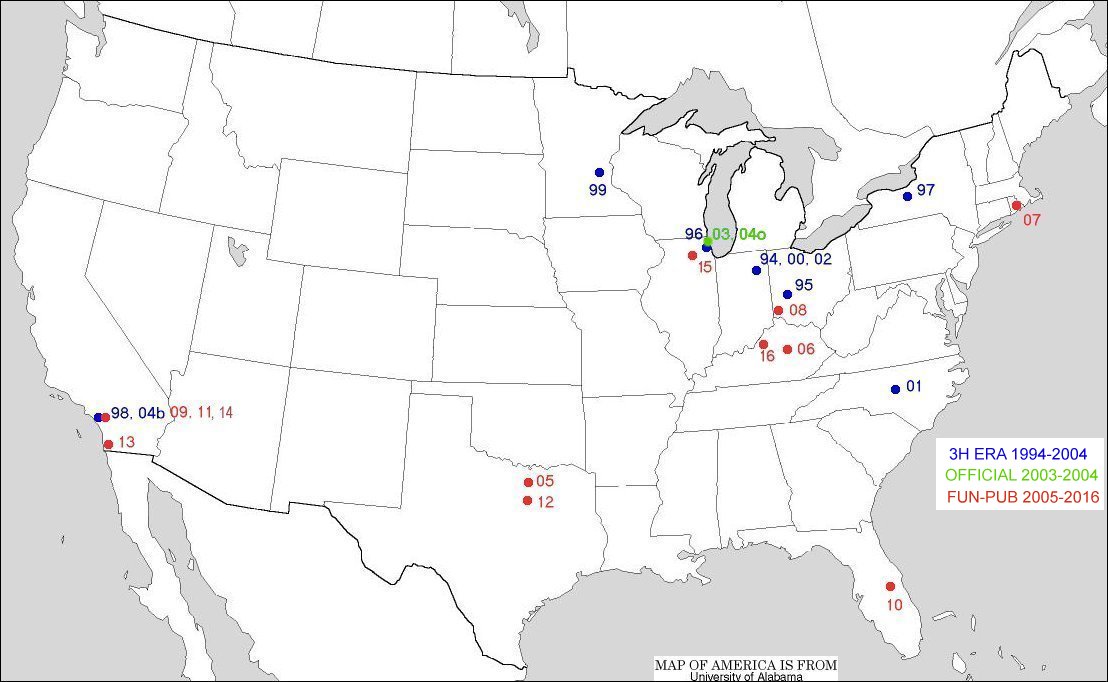 Links to the Major events at each Convention

List of Major Guests at 3 or more American BotCons

List of Voice Actors at 3 or more American BotCons

Voice Actors by era at each Convention (by year)

Creative Guests at each Convention (by year)

Actor/Voice Actor Checklist (who has been, who hasn't, and who is no longer with us)


LINKS TO MAJOR EVENTS (some years have two)

Actors/Voice Actors at each American Convention

Movie Vehicles at the Convention

Toy numbers are from BotCon website, Rob Jung's toy list, M Sipher's big list, GBBlackrock's site, and from me at BotCon.
Any with ? are estimates or unverified

A more serious concept created for the fandom, to let us commemorate the creators and the iconic characters of this Brand, as it had reached its 25th Anniversary, becomming one of Hasbro's most successful toylines, and one of the longest running action-figure toylines in the world.
The emphasis is on the character name being Iconic across the history of Transformers and highlighting the name's significant use during that time, not a canonical attempt to retcon all with the same name as being the same character... but, there are sometimes exceptions if a certain version of an Iconic character name in a particular series was individually iconic enough to warrant a stand-alone nomination (like BW Megatron).

2011
Nominations - Micromaster Erector, Grimlock, Jazz, Shockwave, Waspinator*
Robot Inductees - Ironhide, Ratchet, Soundwave, Waspinator
Human Inductees - Steven Spielberg (Producer of the Transformers Movies), Michael Bay (Director of the Transformers Movies)
(a small, but significant, number of people hijacked the HOF this year by nominating the non-Iconic character of Erector, because it was more important to amuse their dirty minds than respect one of the rare serious events that our fandom has for us to be proud of to non-fans)

2013
Nominations - Arcee, BW Megatron*, Rodimus/Hot Rod, Prowl, Ultra Magnus*
Robot Inductees - Ultra Magnus, BW Megatron (no automatic inductees)
Human Inductees - (none)
(this year it was a last-minute vote, that wasn't looking like Hasbro were interested in the concept anymore, as it wasn't given any special treatment, with just a simple announcement at the Hasbro panel)

(others to be added if I use them)


***Pictures are mine unless noted or watermarked. Those other images should have the source credited/noted if it was known. Let me know if an unknown image is yours.  If you want to use/borrow any of my photos, all I ask is for you to please credit the source as well. I try to take as many of my own photos as possible, and usually only resort to using others if I failed to get something, or my photo wasn't clear enough.


OZFORMERS - The Australian (and Asia) Transformers Fansite for News and Interaction (started way back in 1996 - try to find a Transfan community that's older)
-
BotCon website - The official Collector Club and Convention website
-
To contact me --> griffin @ otca.com.au